Home » About » About Us » Our History 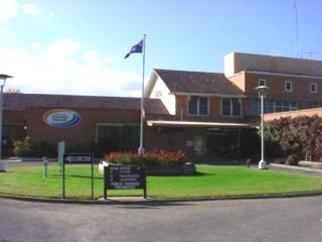 The Kerang & District Hospital building in Burgoyne Street, Kerang was officially opened on the 21st September 1954, by His Excellency the Governor of Victoria Sir Dallas Brooks.

In 1974 the Board of Management launched a major fundraising appeal to build a twenty bed nursing home adjacent to the hospital and after several years of fundraising, His Excellency Sir Henry Winneke, Governor of Victoria officially opened “Glenarm” on 26 April 1979.

The last 25 years has seen the introduction of services such as; pathology, radiology, welfare, physiotherapy and district nursing and health promotion.

The completion of a Master Plan in November 1991 and acceptance of concept plans developed from this process formed the basis of future strategic planning for Kerang & District Hospital.

Stage one of the re-development in 1993 saw the addition of ten beds to “Glenarm”, four being allocated by the Commonwealth Government and six being relocated from the Hospital.

Stage three in 1993 saw a refurbishment of the midwifery area and the creation of a conference room on the first floor.

In late 1999 after several years of discussions the Gannawarra Neighbourhood House in Kerang and Cohuna became part of Kerang & District Hospital.

On 18 June 2002 the Governor in Council amended Schedule 1 of the Health Services Act to amend the name of Kerang & District Hospital to Kerang District Health.  Although there were no major changes made to services offered at Kerang, the Board of Management believed that the organisation offers much more than hospital services to the community.

Also in August 2005 the Department of Human Services announced that it would fund the completion of a Capital Master Plan for Kerang District Health.

The Capital Master Planning process was completed in June 2010.

In May 2011 the State and Federal Governments announced combined capital funding of $36.25 million for the redevelopment of acute and aged care facilities.

The first stage of the building program, the “Early Works” commenced in June 2012 and was completed in June 2013.  The second stage of the building program, the “Main Works” commenced in July 2013 and is now complete. were completed in April 2016 when hospital patients moved into the refurbished acute ward and aged care residents moved into the new Glenarm.

The redevelopment was completed with an extension to the WD Thomas Activity Centre and refurbishment of the Administration floor at the end of 2017.

Kerang District Health acknowledges the Traditional Owners and Custodians of the land on which we work and live, and pay our respect to their Elders past, present and emerging.